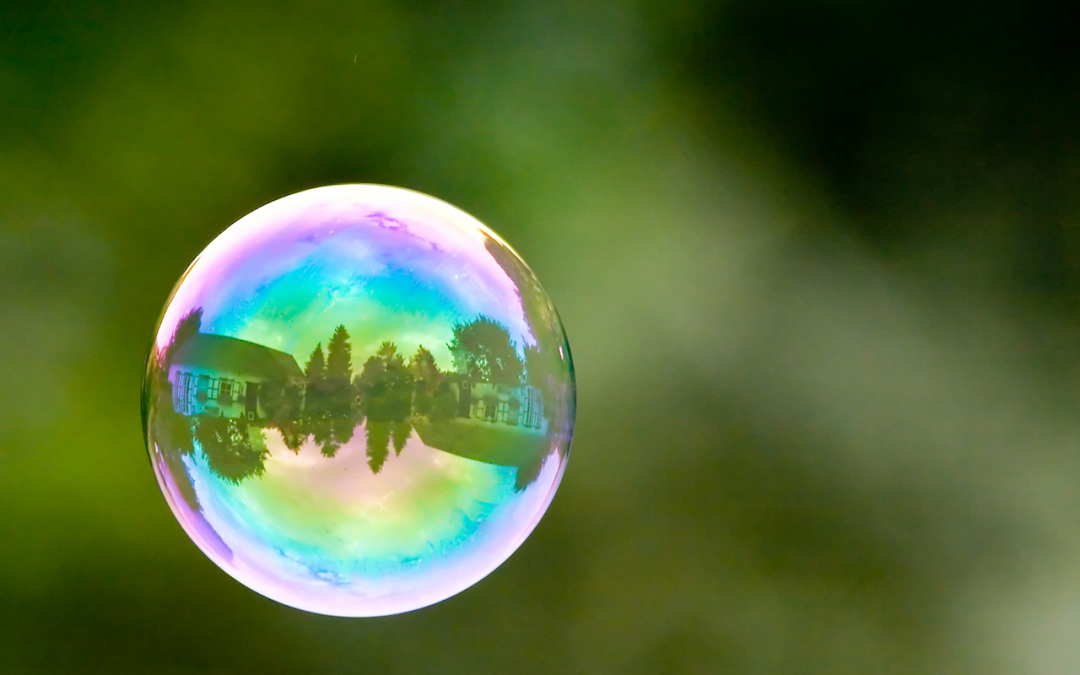 Steve Harney, founder of Keeping Current Matters and expert on current Real Estate Trends, has been recognized as one of the 100 most influential people in Real Estate by Inman News. So when he talks about how realtors can combat the fear that buyers and sellers have about the housing market, you listen.

“Housing is back big time. Home prices are up again, mortgage rates are low, and borrowing is much easier.”

People look at this with suspicion, and with good reason too. They liken it to the housing bubble of 06. Looking at it from their perspective, it isn’t difficult to imagine why. They just don’t have confidence in the housing market anymore.

As Steve Harney describes it, “there is a boogeyman in the room”. Somebody needs to check underneath the bed and tell people that the boogeyman is not real.

The first thing to do is understand the current home buyer trends.

The National Association of Realtors (NAR) reports that real estate home buying trends have increased substantially over the past few years and pending home sales are also on the rise. Home prices have increased at an average of 5.39% all over the US.

Needless to say, the demand for housing is up and supply is inadequate.

Home builders have not been able to capitalize on this shortfall due to a shortage of workers, but they will eventually catch up. For now, it is homeowners who have to fill the supply-demand gap.

So, how do we “activate” home sellers in the marketplace?

So what is it that realtors must do to convince homeowners to be active in the market?

The first step is to understand that real estate agents are the only real source of information for buyers and sellers. Unfortunately, most agents have only one thing on their mind which is to track down leads, close them and earn themselves a tidy little commission. But YOU have to go the extra mile to convince potential buyers to buy and sellers to sell.

What you need to realize is that there is an enormous potential market of buyers out there who just need a slight nudge to get going. It’s about time that you give them that nudge.

Arm Yourself With the Facts to Bust the “Housing Bubble” Myth

People look at the growth in housing and think that it is a bubble. But is it really?

According to a NAR survey, 60 to 70% sellers sell in order to move up. If these sellers think that the current housing market is a bubble, will they sell?

Someone has to tell them that this growth in housing is no bubble.

And they’ll only believe you if you had cold hard facts to back your case.

So, here are some facts for you:

Consider these facts your defense against the “housing bubble” argument!

Explain to Buyers Why Mortgaging is a Good Option

Plain and simple… The market and economy have never been more conducive to home buying.

The Government, too, is encouraging lending. Mortgaging has become easier, but it is nowhere near the levels of 2005 when almost anyone could get a mortgage.

The mortgage credit availability index (MCAI) reported by the Mortgage Bankers Association rose to around 900 in 2005 but currently sits at 100.

Many people want to buy but don’t because they think mortgaging is hard. They fear they don’t have a high enough credit score or that they can’t afford down payments. Surveys have shown that many people think they need very high credit scores of 780-800 to get a mortgage. They also feel that down payments are as high as a minimum of 20%. But the reality is much different.

In 2015, the average credit score for people who got a mortgage was 714 and the average down payment paid just over 7%.

Another report shows that the Will to Purchase for a potential buyer would go up by 40% if down payments go down from 20% to 5%.

So if it’s already at 5%, people are just missing out because they are ill-informed. Who is going to tell them?

Do you see the pattern?

Add Some “Scarcity” Into The Mix

You need to make potential buyers understand that the longer they wait, the higher the mortgage rates will be. They need to invest now and get their mortgages in place.

Prices are going up… Interest rates are going up… If people who have the ability to invest now don’t, they will have to pump in much more money later. Make them understand the financial value of owning a house in the current economic climate.

Make them see how, if they had a house, their home equity would be much more than what it is now.

Explain Why Renting is A Bad Option

People tend to rent because it is the easier option. Plus they are afraid that they won’t get a mortgage or can’t afford the down payment. Here are some facts to change their minds about the benefits of renting:

The Home Price Expectation Survey, a survey carried out by pooling in and averaging the expectations of hundreds of realtors, shows that home prices are going to continue to increase. This gives homeowners an increase of $34, 115 in their family wealth within 5 years.

That is a lot of money.

On the flip side, the median asking rent in 2015 had already shot up to $810. Renters are sitting ducks. You, as a realtor, have to offer them solutions. Explain to renters why renting is not good for them and that they are losing money by renting. They need to be convinced that they should explore options for buying instead.

Convince Sellers That They Can Move Up, Or Upgrade

According to a survey, 60 to 70% sellers sell in order to move up. A report by Edelman Berland says that 23% homeowners are contemplating selling their homes, while 55% of them would sell if they had the right market information to back their play. In other words, 13% of total homeowners would sell if they had trustworthy information about the market.

That tells you that there are a lot of homeowners out there that could be convinced to sell. This is where you must come in and do your job.

The report further states that 80% of potential sellers are worried about their credit scores, 76% are concerned about stricter lending requirements, and 68% feel trapped in their current mortgage agreements.

Another study by Fannie Mae found that 23% people think they have negative home equity when they don’t and only 9% actually do. 37% believe they have greater than 20% equity in their home when actually 69% do.

That’s a lot of people who don’t realize how much their house is worth. You must educate these people about the value lying in their homes.

It All Comes Down to This

At the end of the day, the biggest reason that people are afraid of selling or buying in this current climate is a lack of confidence. They don’t want to repeat the mistakes their parents or relatives made in 2006. They need more information (based on facts) to convince them that this is the right time to be active in the housing market.

It is up to you to convince them.