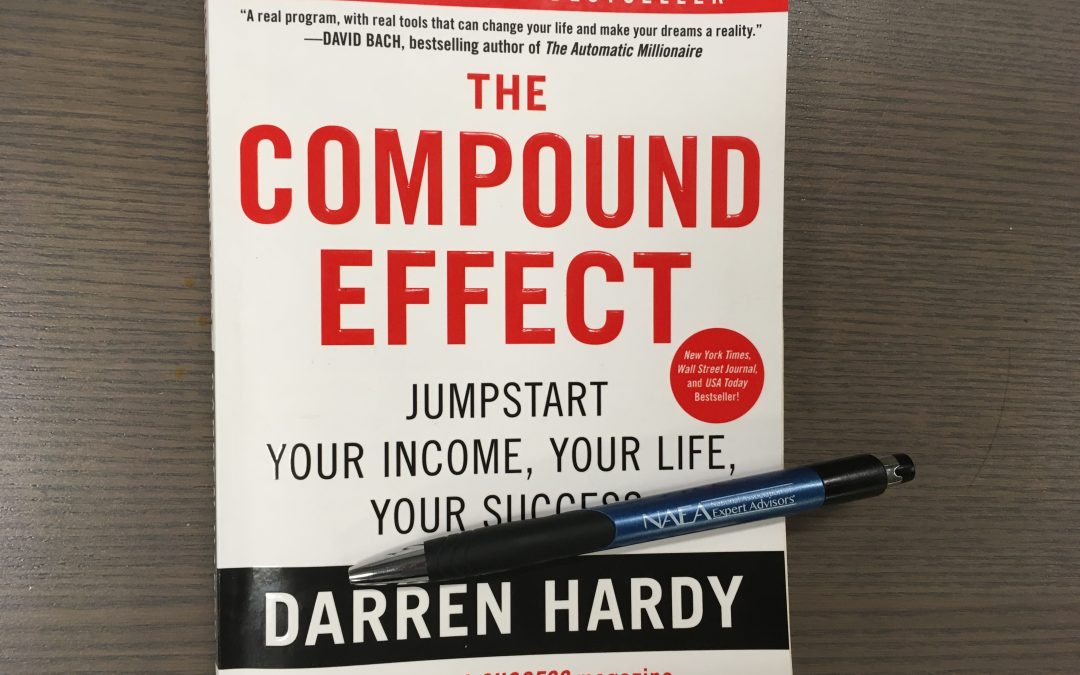 Every real estate agent should read Darren Hardy’s book The Compound Effect, and not just because Hardy got his start in real estate and brings his experiences in real estate into this highly personal book. It is important because it offers a formula for success in your entrepreneurship. The book’s central argument is, there is no magic bullet for success. Instead, success is the sum of the many small decisions we make every day, which we perform consistently and over time – although, at one point, Hardy refers to the magic of the compound effect (p. 90). The work’s structure, which might at first appear ambivalent, is indicated through two separate and distinct subtitles. One, appearing inside the cover, reads Multiplying Your Success. One Simple Step at a Time. The other, Jumpstart Your Income, Your Life, Your Success, appears on the front cover. The two subtitles describes the patient, “slow and steady wins the race” mindset you’ll adopt as you implement the steps you take to “harness the power the Compound Effect” (p. 2). Hardy actually compares his approach to the tortoise in the fable of the tortoise and the hare.

The second subtitle, indicating a jumpstart, might remind us more of the hare than the tortoise, is a consequence of the sum of the small, smart choices that perform with consistency over time. The question is how long that span of time should be and how soon you see the effect. Some will achieve much faster results over a shorter period of time. For the same reason, Michael Reese’s blog, featured in this edition, recommends that it may be necessary to set your goals for 30 days instead of 90. At one point, Hardy compares different rates of growth to swimmers who slowly immerse themselves in water versus those who dive right in. Incidentally, he describes himself as the type who slowly acclimates himself to the water. In the last chapter, he lays out scenarios in which you might accelerate your pace of growth.

Hardy’s recommendations start with getting out of the instant gratification trap. Next, he shows his readers the power in taking 100% ownership of every choice you make, considering every habit you develop, and most importantly for your finances, tracking everything you do and every penny you spend with an eye on what the long term effect will be. Much of the book’s content covers how to take these steps most effectively. As Hardy says, “Success is something you attract by the person you become” (p. 72). Read this book, and become yourself as you unlock your highest potential!